Finally in active service, Canada’s Victoria class SSKs had been derided in the press, the House of Commons, and by more than a few navy ‘experts’. Now, one of the submarines will either prove them all wrong, or be destroyed trying.

After flexing her growing naval muscles in the Pacific over the past few years, China was now ready to show everyone who really controlled the planet’s largest body of water. A complicated plan by her leaders involving the kidnapping of a Canadian submariner, bring the world to the brink of war, 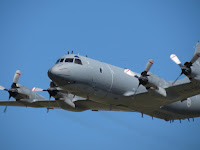 and only a CSIS agent, a Canadian submarine, and a group of friends and former enemies stand in their way.

Commander Rene Bourgeois is proud of his command and her crew, but when HMCS Victoria stumbles upon the Chinese plot, the skills of her captain and crew will be tested to the breaking point. One wrong move could spell doom for the boat, and along with it, the Royal Canadian Navy’s future hopes for a submarine service.

“You seem to have some mighty good intelligence goin’ on there, Barnes.”
The Canadian winked and reached for the briefcase he had carefully set down on the seat next to him. The SEAL had noticed he had not let the case out of his sight since their meeting back on the base. Unlocking it, Cookie slid out a photograph, handing it over to Stu who immediately recognized it as a satellite image from a spy bird. Seeing TACSAT-4 in the ID section printed on the photo, he realized that someone must be calling in a lot of favours to

get their hands on this stuff. The image showed part of an industrial area in what appeared to be a small city, although he could not be sure as the photo did not extend much outside of a few blocks.

“What am I looking at?”
“See that building?” Cookie jabbed a toothpick he’d taken from the small jar on the table at the image. 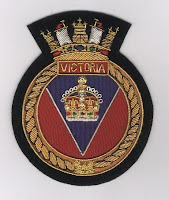 “Looks like a warehouse. Maybe a small factory?”
“That’s where they were holding him as of twenty-four hours ago.” Cookie reached into the briefcase and took out another photo. “This one is of the surrounding area.”
The SEAL reached for the glossy sheet of paper and nearly dropped it as his eyes focused on the image. “You have got to be kidding!” Stu sputtered; an incredulous look on his face.
“I wish I was,” the submariner answered quietly.

Ensign Stewart Cunningham carefully looked over the image. Someone had written descriptions and directions on parts of the photo, identifying the building as being located in the city of Yelizovo on the Kamchatka Peninsula. That piece of land, which jutted out into the Barents Sea on Russia’s west coast, was also the site of one of that country’s largest and most secure submarine bases.

This novel is dedicated to the men and women of Canada’s Armed Forces and the Canadian Security Intelligence Service. As a writer, I have a deep appreciation for the freedoms I enjoy to express my thoughts without fear of reprisal. Thank you to the veterans, to those currently serving, and especially to those who paid the ultimate price, so this great country could remain the bastion of freedom it is today.